Below, we describe the main findings for 2020. 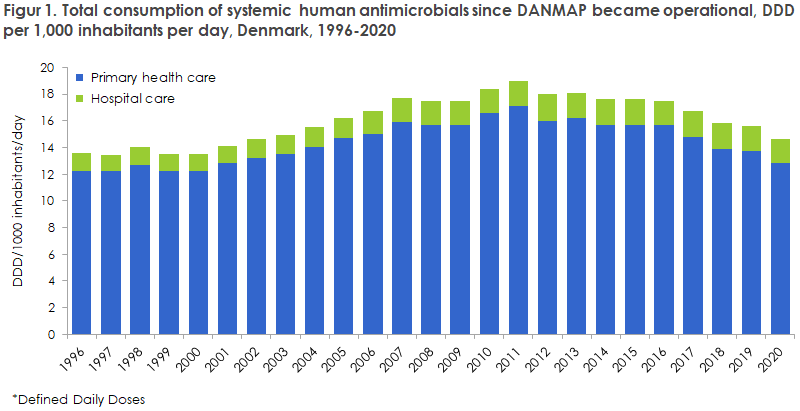 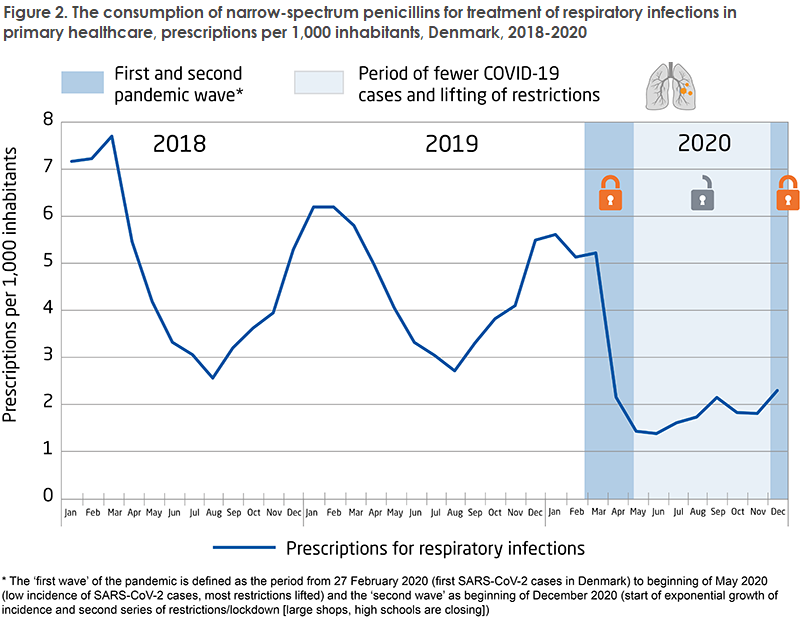 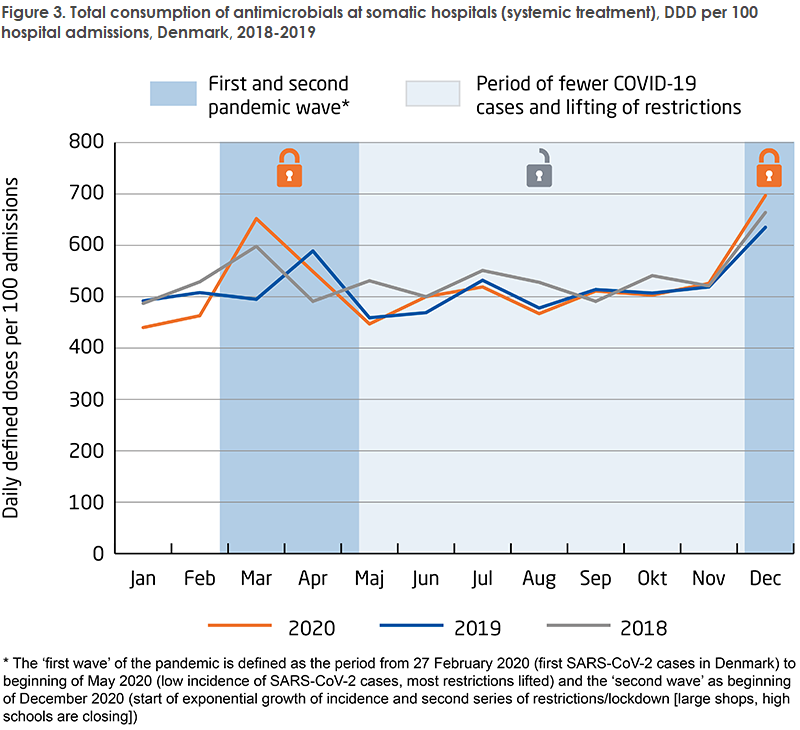 The Danish Ministry of Health has decided to extend the action plan through 2021, as COVID-19 exerted pressure on Danish healthcare in 2020, thereby limiting the opportunities to engage in targeted work to meet the established objectives.

The occurrence of multi-resistant bacteria CPO (carbapenemase-producing organisms) has also continued its increasing trend from 2019 to 2020 despite far more limited travelling activity due to COVID-19 restrictions (from 221 cases in 2019 to 238 cases in 2020). Nine new hospital outbreaks caused by carbapenemase-producing enterobacteriaceae (CPE) were identified in 2020 in addition to the already existing 11 outbreaks in Danish hospitals. It is worrying that the continued increase is primarily caused by spreading of the infection at hospitals. It is therefore still important to focus on the general and supplementary infectious hygiene precautions in daily work.

The number of invasive vancomycin-resistant and vancomycin-variable enterococci (VRE/VVE) remained stable from 2019 to 2020. This is a positive finding and the result of joint efforts made by clinicians and infectious hygiene teams to fight outbreaks in Danish healthcare in combination with the implementation of preventive measures. The number of linezolid-resistant enterococci (LRE) and linezolid-vancomycin-resistant enterococci (LVRE) continued to be low in 2020 (seven and eight isolates, respectively). The treatment options are very limited in LVRE infections, and therefore the development is followed closely.

Monitoring of MRSA (infections and healthy carriers) showed a 21% decrease in 2020 compared with 2019. This is probably owed to reduced travel activity, social contact and access to hospitals in 2020 due to COVID-19 restrictions. Even so, 2020 saw more MRSA outbreaks at Danish hospitals and nursing homes where neonatal departments, in particular, were heavily affected with seven outbreaks involving a total of 59 patients, EPI-NEWS 25-26/21. However, the outbreaks observed in 2020 involved fewer patients (31 outbreaks with 130 patients in 2020 compared with 23 outbreaks with 157 patients in 2019).

Resistance in zoonotic bacteria, i.e., bacteria that transmit (directly or indirectly) from animals to humans

Like in the preceding years, 2020 recorded a high level of resistance in Campylobacter jejuni (C. jejuni) in patients who had recently been travelling abroad compared with infections acquired in Denmark. Macrolide (erythromycin)-resistant C. jejuni were observed in 3% of patients with a known travel history, whereas no macrolide resistance in C. jejuni was detected in patients who had acquired the infection in Denmark. In contrast, fluoroquinolone resistance (ciprofloxacin) was observed frequently in travel-related cases and also in cases acquired in Denmark, as 79% and 47% of C. jejuni isolates, respectively, were resistant to ciprofloxacin.

With respect to Salmonella, the DANMAP monitoring efforts are focused specifically on S. Typhimurium. For this serotype, more than half of the human infections are caused by a closely related clone that is resistant to ampicillin, sulfonamide and tetracycline. The COVID-19 pandemic caused a reduction in the number of travel-associated Salmonella infections, and therefore it was not meaningful to report resistance data separately for the travel-associated cases. Among Salmonella, resistance to critical antimicrobials, i.e., 3rd-generation cephalosporins, carbapenems, gentamicin and colistin, is only rarely observed (< 1% for cephalosporin and no carbapenem-resistance in S. Typhimurium in 2020). Resistance to fluoroquinolones (ciprofloxacin) was observed in < 1% of isolates from infections acquired in Denmark and in 3% of all isolates. Less than one percent of S. Typhimurium isolates were resistant to azithromycin.

In collaboration with DTU FOOD, Statens Serum Institut celebrates the European Antibiotic Awareness day on 18 November 2021 by inviting people to attend the DANMAP seminar. At the seminar, the DANMAP team will present the primary highlights from DANMAP 2020, after which invited speakers will present other relevant topics.