ATTENTION: Due to deficiencies in the chlamydia numbers for 2013 this EPI-NEWS has been revised on July 7, 2015. 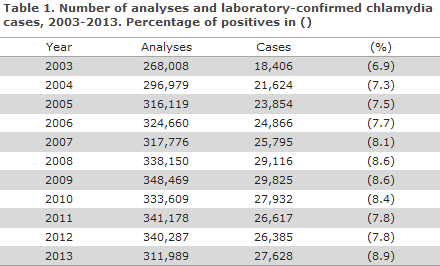 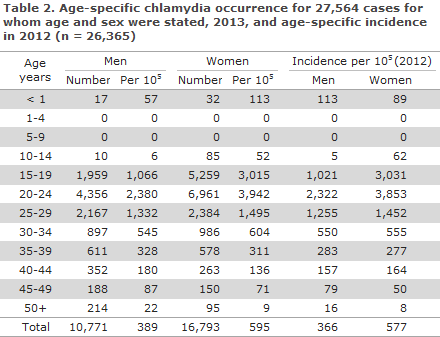 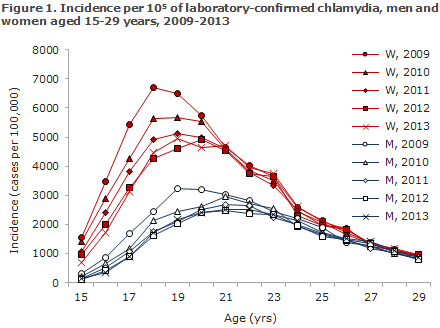 Based on the municipal code of the practice or hospital department performing the test, each individual chlamydia case may be ascribed to a specific region or area, Table 3.

Compared with 2012, the overall pattern was an increase of incidence for both sexes in all regions and areas, with the following exceptions: For both men and women there was a decrease in Region Zealand and West Jutland and for women also in Bornholm and South Jutland. The M/F ratio increased in Bornholm, but otherwise remained largely unchanged.

Like the period 2009-2012, the male share of the detected cases was stagnating at slightly less than 40%. As there is no reason to believe that chlamydia is less common among men than among women, this share should be considered too low. Increased testing of men should therefore be continued. Once again, the number of men who had rectal chlamydia detected increased in 2013. When rectal chlamydia is found in a man, he should also be tested for syphilis, gonorrhoea and lymphogranuloma venereum (LGV), EPI-NEWS 20/08.
(S. Hoffmann, Department of Microbiology and Infection Control)