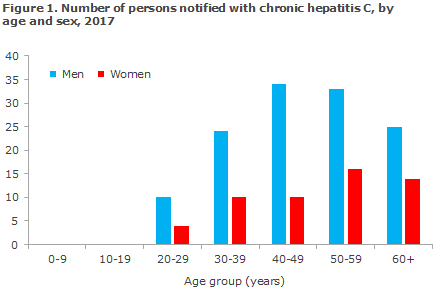 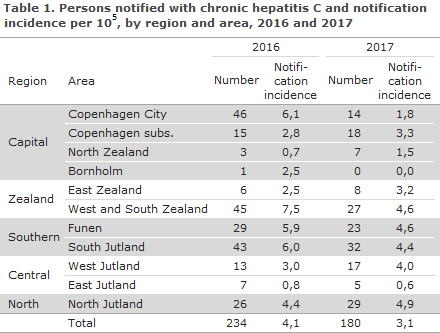 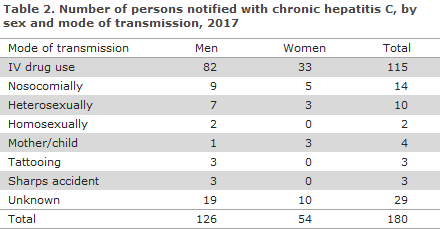 Ten people were notified as having become infected through heterosexual contact, including seven in Denmark, one in Turkey, one in Malaysia and for the last case, the country of infection was unknown. Among the heterosexually infected cases, five had engaged in sexual relations with a person who was known to have hepatitis C, including the woman who was initially notified as acutely infected (see above). None of the 10 cases were known HIV positives, and for nine, no information about IV drug use was available, whereas the form of the final person explicitly stated “Never IDU”.

Two persons were notified as homosexually infected; both were known to have HIV and they had become infected in Thailand (before arriving to Denmark) and Denmark, respectively.

Tattooing was identified as the most probable route of infection in three cases. Two were Danish-born, they were notified as having become infected in Thailand (while travelling as a tourist) and Denmark (unauthorised tattooist). The last person was of Polish origin, but no information about country of infection was provided. Three persons were notified as having become infected by sharps accidents, one Swede and two Danes. Two of the persons had stated sharps accidents involving the needles of acquaintances, but had never been involved in IV drug use themselves. For the final person, it was not stated how the accident had occurred. One had become infected in Greece and two in Denmark.