The ECDC, the European Centre for Disease Prevention and Control, has reported an unusually high number of local cases of West Nile Fever in several countries in Central and South Europe during the summer of 2018. Travellers to the affected areas are advised to protect themselves against mosquito bites, and clinicians should consider the diagnosis in returning travellers with febrile illness. 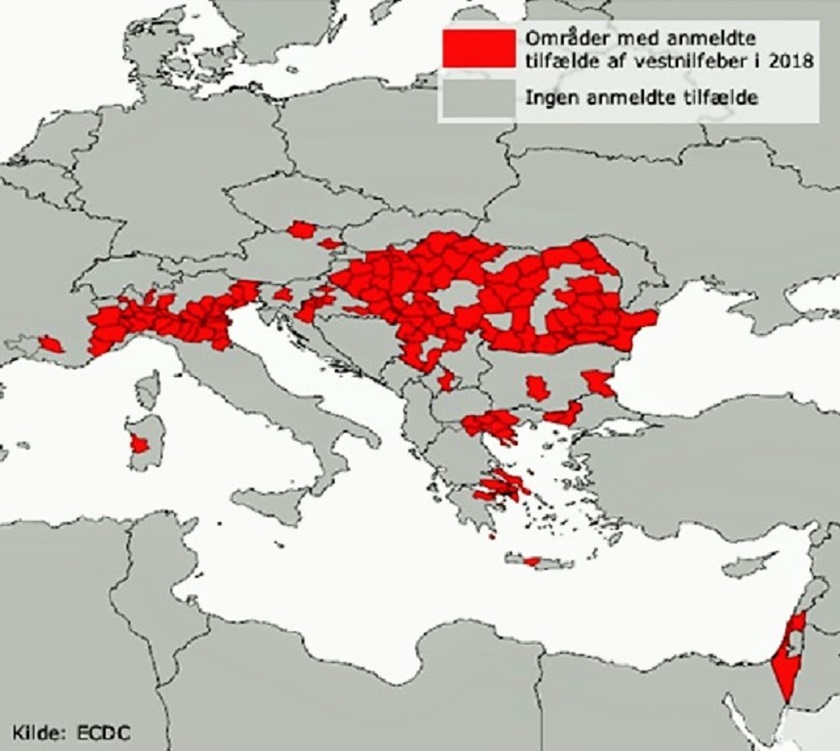 The ECDC has recently issued a warning of an unusually high occurrence of West Nile Fever in the summer of 2018 in several countries in Central and South Europe.

In comparison, during the same summer period in the years 2014-2017 only 5-45 annual cases per year were reported. Furthermore, the West Nile Fever season in Europe started a few weeks earlier in 2018 than normally.

64 areas within the countries listed above are affected. This includes 13 areas that have not seen any West Nile Fever cases in the 2014-2017 period.