The Story of SSI

SSI was inaugurated on 9 September 1902 to secure production and supply of anti-diptheria serum to Danish patients. Diptheria is a severe tonsillitis caused by a bacterium releasing a toxin. Treatment by serum from horses which were vaccinated by the toxin could reduce the mortality by half with patients suffering from diphtheria. 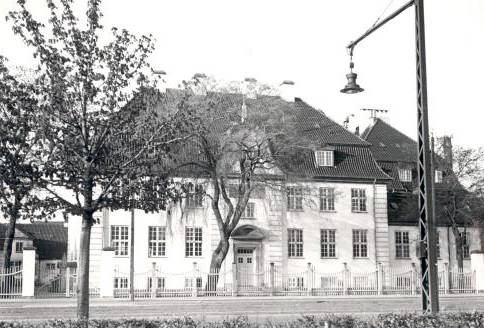 The establishment of SSI coincided with the international breakthrough within microbiology and immunology. Shortly after, SSI undertook a series of new assignments within development of other therapeutic antisera, development of vaccines, making of bacteriologic and serologic diagnostic tests, epidemiologic tests and fight against epidemics.

The tuberculosis epidemic, the big milk-born epidemics, and the typhoid epidemics all led to the establishment of the Epidemiologic Department at SSI, and in the beginning the department was financed by the Rockefeller Foundation. The mission was to survey the incidence of infectious diseases and participate in the prevention and treatment hereof. The Epidemiologic Department also today plays a leading role in Denmark aiming to ensure advanced control of infectious diseases in close cooperation with the national doctors, diagnostic laboratories and the national and international health authorities.

In 1938, the International Salmonella Centre was started managed by Professor Fritz Kauffmann and worked for international standardization and typing of the more than 2,000 known types of salmonella. Fritz Kauffmann also got the responsibility for the development of sera for treatment of severe pneumococcal infections. The therapeutic sera were not used much due to the emergence of the penicillin, but today, SSI is the world’s leading producer of type specific sera which are used for diagnostics and typing of pneumococcus.

In the 1920s SSI produced the first blood type serologic reagents and performed blood-typing serological tests for the Danish hospitals. In 1932, the voluntary blood corps of Boy Scout and Girl Guide Associations and the Voluntary Boys’ Brigade was attached to the SSI, and SSI now undertook supply of blood and blood products to the hospitals. For a number of years until 1990 SSI led one of Denmark’s largest blood banks.

SSI was active in the international tuberculosis campaign managed by Chief Physician, Johannes Holm at SSI. 57m children and young people, most in Central Europe, were tested for tuberculosis by tuberculin produced by SSI, and 16m were vaccinated against tuberculosis, and the majority received SSI’s BCG vaccine. This first international mass vaccination became a role model for WHO’s vaccination campaigns – especially in connection with the extinction of smallpox. Since the campaign and untill 2017 SSI has been one of the world’s leading producers of BCG vaccine and tuberculin.

The international cooperation has always been very important to SSI, and during the 1950ies and the 1960ies a series of WHO-reference centers were started at SSI. Especially earlier these centers were very important for education and training of scholars from the developing countries within laboratory technique and production of vaccines.

The 1950ies became the decade of vaccinations

In 1951, the Danish childhood vaccination programme was introduced and comprised offers for vaccination against diphtheria, tetanus, smallpox, and tuberculosis.

The epidemic of infantile paralysis in 1952 and 1953 came as a shock to the Danish population, and at SSI all efforts were used to develop a vaccine. In April 1955 as the first country in Europe Denmark could offer polio vaccine to children from 7 to 12 years. 98% accepted the offer, and within a few years infantile paralysis was eradicated in Denmark. Since then a significant extension of the Danish childhood vaccination programme has been made, and today the programme comprises vaccines for prevention of nine serious infectious diseases.

It has been SSI’s mission to optimize the development within diagnostics using the most sensitive and specific techniques, and furthermore secure the necessary diagnostic preparedness in case of epidemics. The AIDS epidemic occurred at a time when many thought that the contagious diseases were controlled. As a consequence of the epidemic SSI managed at record time to open a HIV security laboratory in order to offer the necessary HIV diagnostic tests to the Danish health authorities. In connection with the terrorist attack in New York in 2001 SSI was given a role in securing preparedness against biological terrorism. The SARS epidemic, the outbreak of avian flu and the recent flu pandemic all gave significant challenges and SSI played a central role in securing the preparedness towards the new threats.

In 2012, SSI was entrusted with the task of collecting and communicating data on population health status as well as data on activities, economy and quality of the public healthcare services. Furthermore, SSI became responsible for coordinating the IT support of public health care as well as the managing and developing of IT systems within the Ministry of Health. In 2015, a considerable reorganisation of the Ministry took place resulting in the establishing of a new board (The Danish Health Data Authority) taking over responsibility for health data and IT.

In March 2014, the Government’s Finance Committee ruled that the production of vaccines was no longer necessary nor profitable at a national level and it was decided to sell the vaccine production. At the same time it was decided to no longer produce and sell substrates and culture mediums, and SSI Diagnostics in Hillerød was therefore also to be sold. In March 2016, the Ministry of Health signed an agreement with the Swedish equity fond, Adelis Equity to sell SSI Diagnostics transferring ownership on 1 October 2016. In June 2016, an agreement was reached between the Ministry of Health, Statens Serum Institut, and AJ Vaccines Holding A/S to sell SSI’s vaccine production business. The transfer of ownership to AJ Vaccines Holding A/S took place 16 January 2017.

During the first more than 100 years SSI has proved its justification and viability and has had the capacity to undertake new vital assignments. SSI has only been able to do so, because SSI is based on a strong research foundation. Today, SSI is one of Denmark’s largest research institutes.